pfSense® CE  is a free network firewall distribution, based on the FreeBSD operating system that has been successfully installed on all of the Vault platforms. This link describes how to install pfSense® CE 2.4 on the Vault. pfSense® CE 2.4.4 is based on FreeBSD 11.2. There is a known issue in FreeBSD 11.2 that causes console I/O not to work on some systems. The symptom is that the console will appear frozen with the message “Booting” on the screen. The unit is actually booting, but the console is frozen. This issue and the workaround for FreeBSD 11.2 were originally described at this link. The Vault FW1, FW2, and FW4A series are affected by this issue. The FW2B, FW4B, and FW6 series are not affected. This issue only affects the pfSense® CE 2.4.4 “Console VGA” installation image. It does not affect the pfSense® CE 2.4.4 “Console Serial”.  This article will describe how to fix the issue in pfSense® CE 2.4.4. However, a simpler workaround has been found by changing the BIOS config. Those instructions are available at this link. 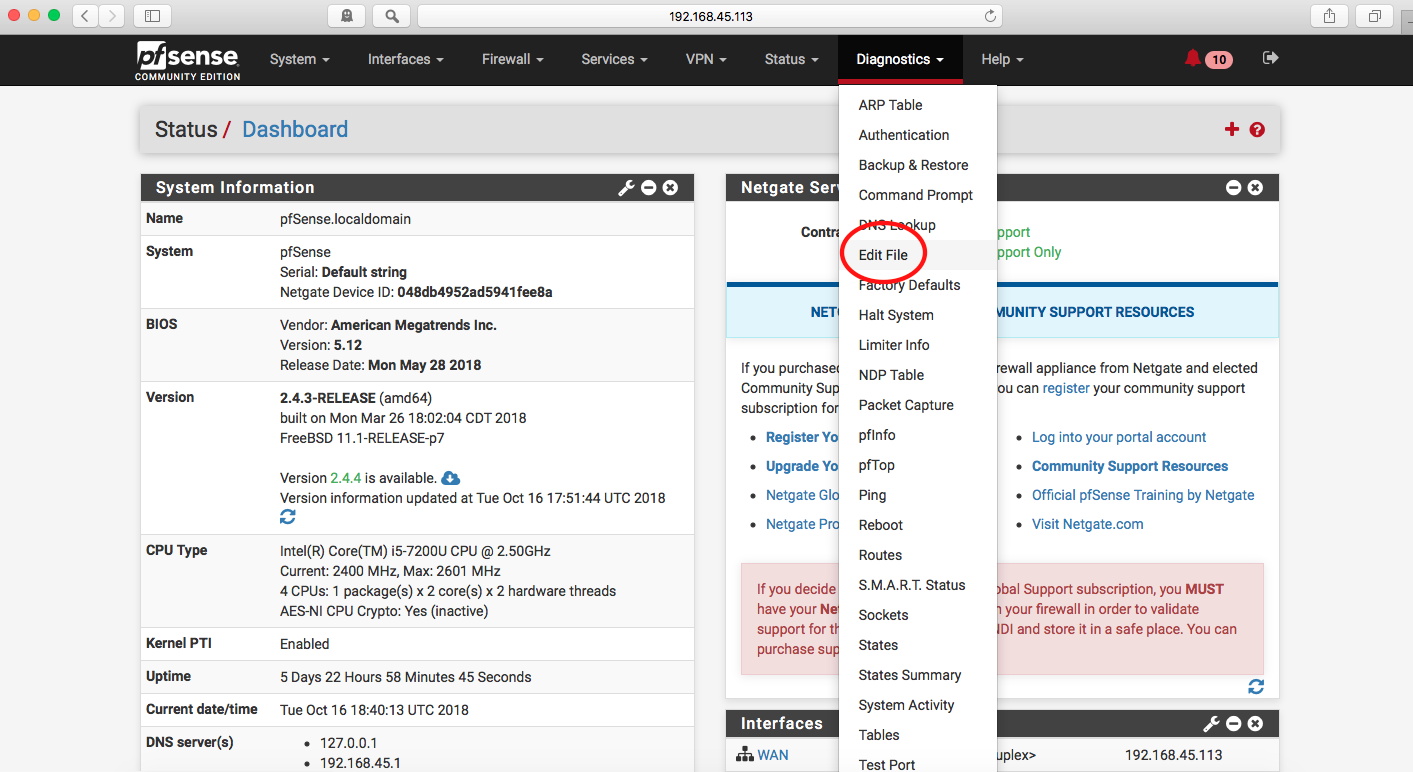 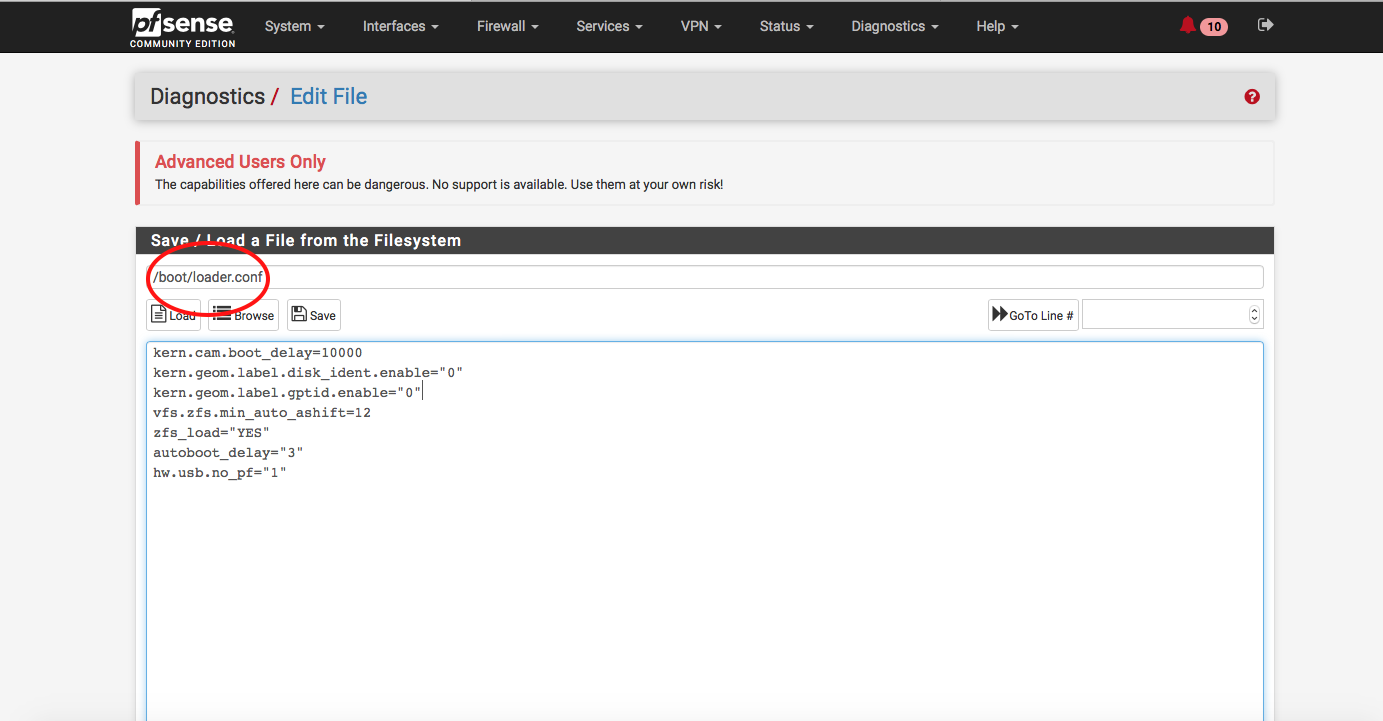 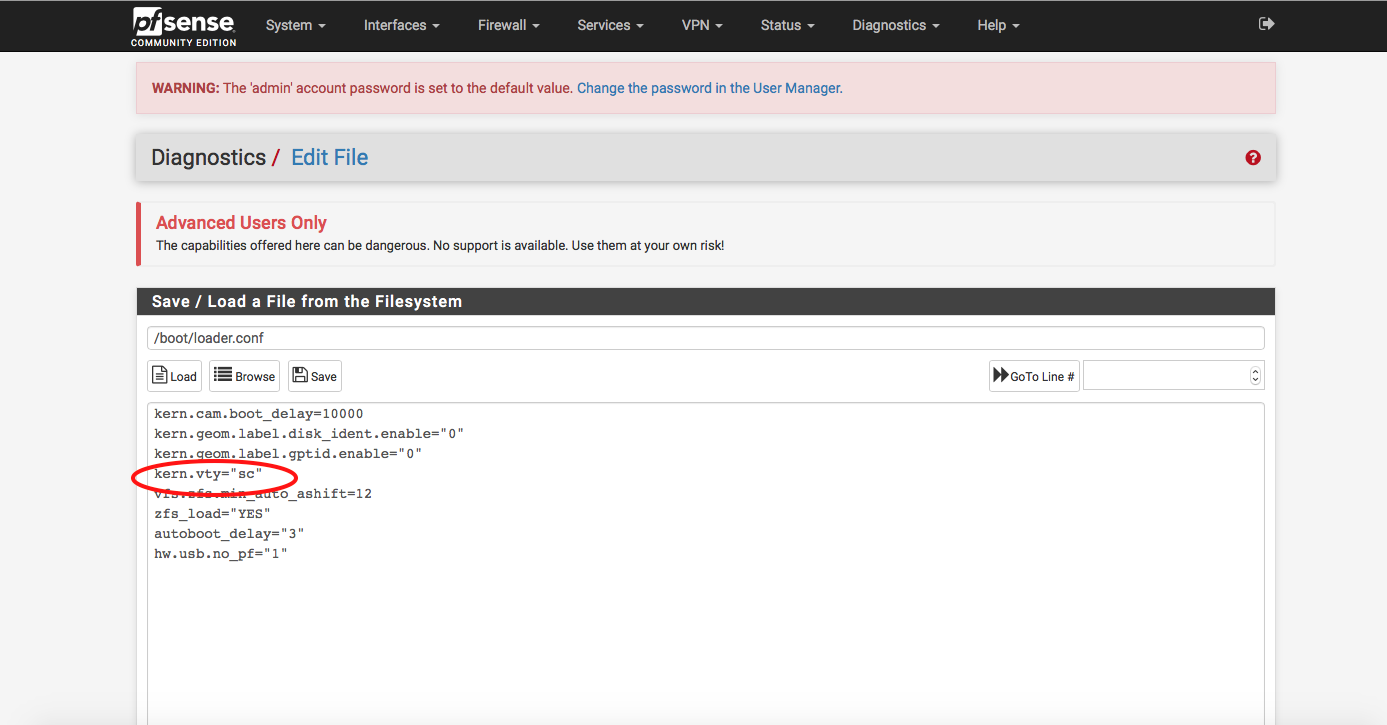 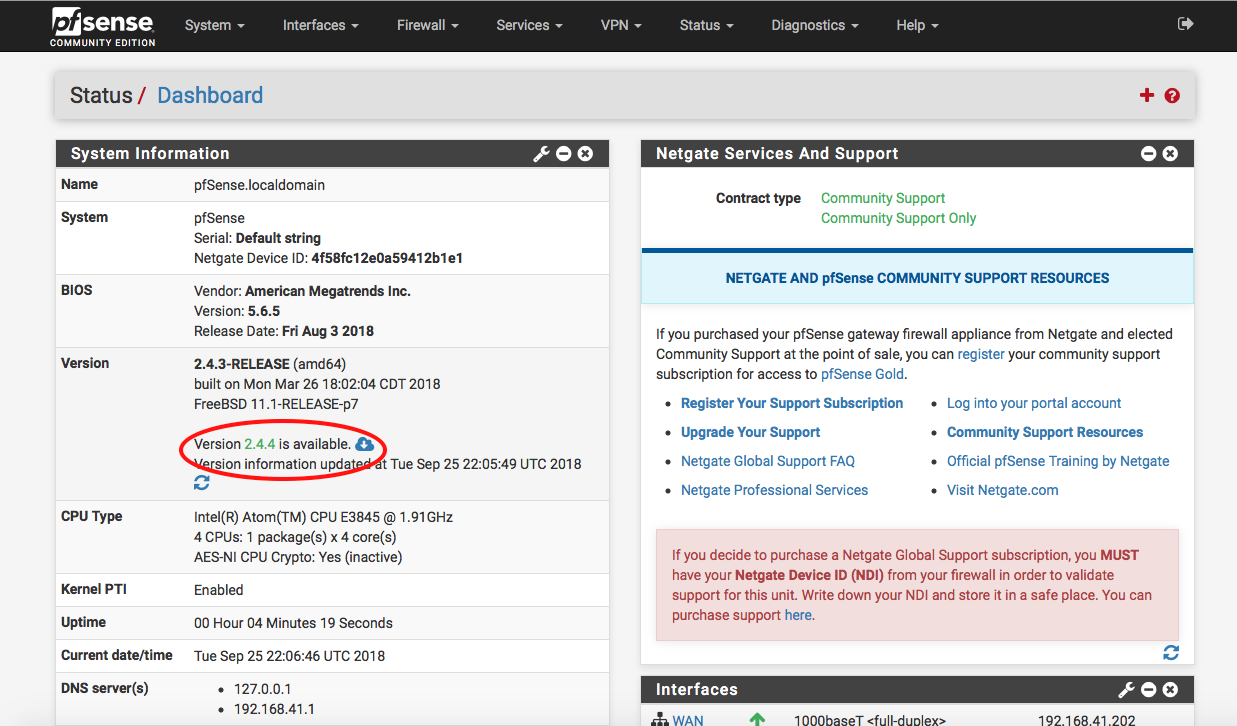 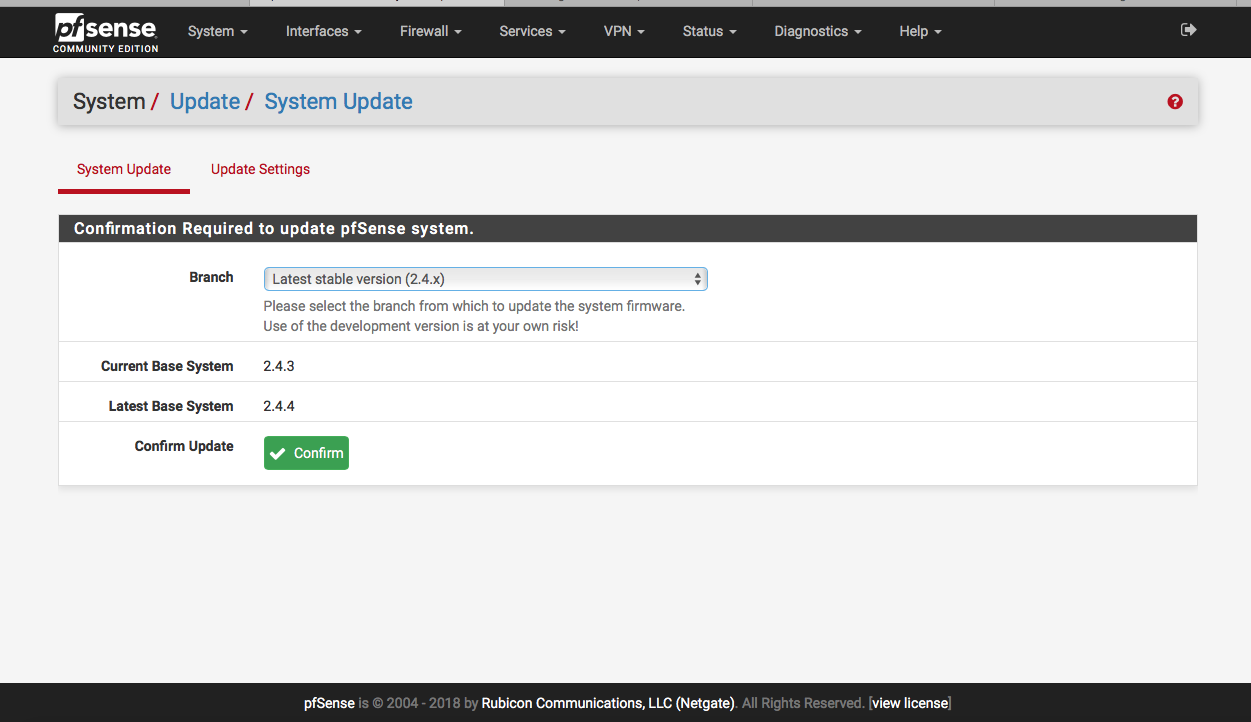 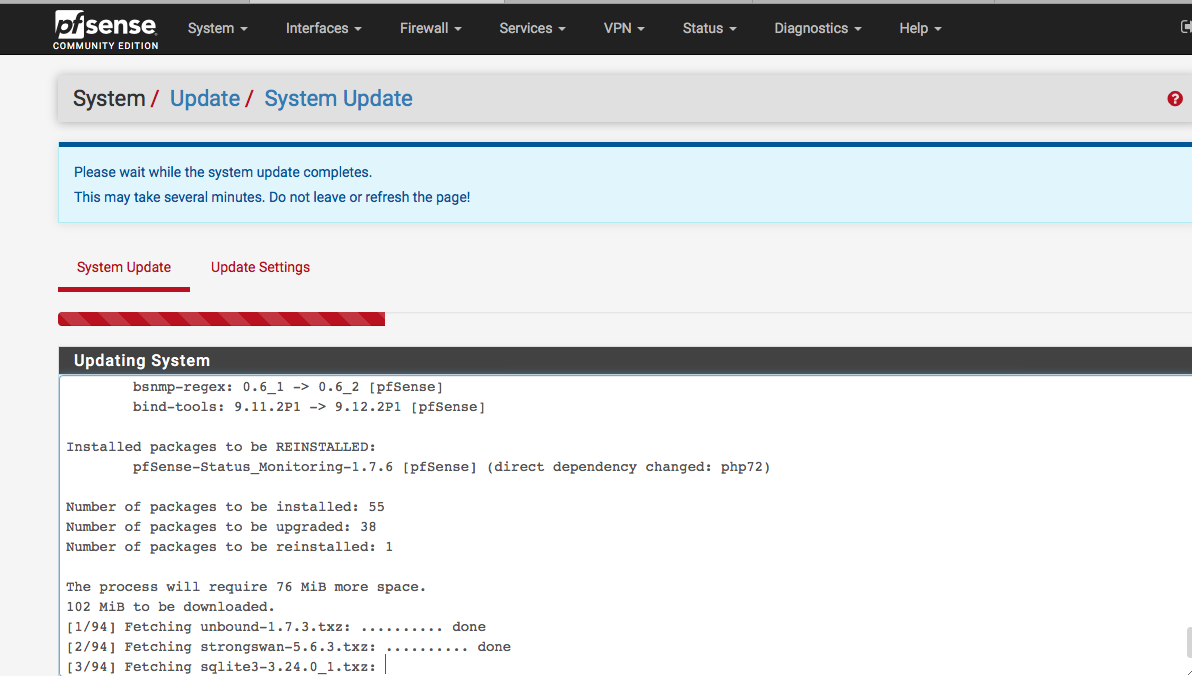 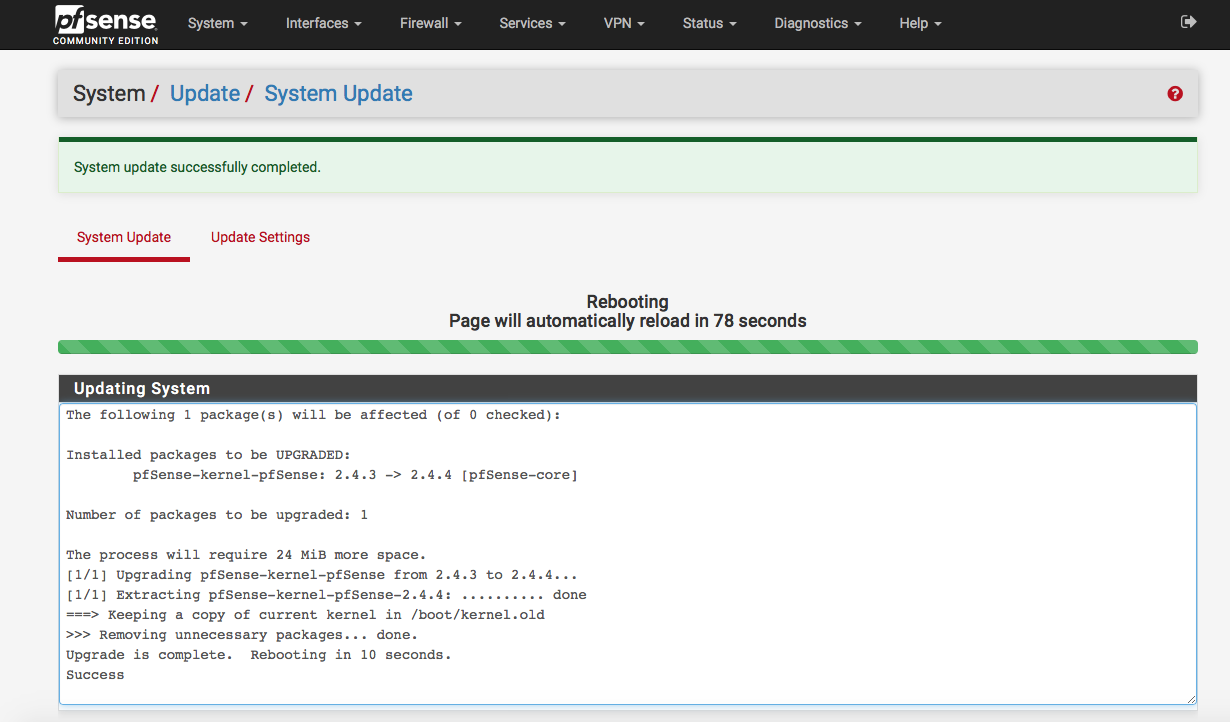 If you are installing a new instance of pfSense® CE 2.4.4 from a USB memstick, there are more steps involved. The same issue that affects the system will affect the boot device, so the workaround must be applied multiple times.

At this point, pfSense® CE 2.4.4 has been installed on the mSATA. However, the same issue regarding the console with the USB boot will be present now that the system is booting from the mSATA.

At this point, pfSense® CE 2.4.4 is available for use during this session. However, we want to configure the system to permanently fix the console issue so that manual intervention is not required every time it boots. Use the instructions for Edit File at the top of this article to edit /boot/loader.conf permanently. Verify pfSense® CE 2.4.4 now boots successfully from the mSATA.

Now pfSense® CE 2.4.4 should be successfully installed on The Vault.  However, if you experience any issues, please feel free to reach out to us at: support@protectli.com.