There are several models of Protectli Vaults that have different CPUs, number of ports, console types, and other attributes. In addition, all of the models can be customized for both DRAM and storage. Customers commonly ask how to select the right Vault for their application and network. Due to the many variables and dynamic nature of network traffic, there is no way to definitively select the exact model and configuration for any given network. However, with 1Gbps capability on all ports, robust Intel CPUs and NICs, support for many OS, and other options, there are typically multiple Vaults that will perform well in many different networks. This article will examine the variables of network design, traffic, performance and Vault configurations to serve as a general guide to select the proper Vault.

There are a variety of Protectli Vaults that come with different configurations and features. The Vault variables are:

These items will be explained below.

Each of the Vaults can be customized for different amounts of mSATA. More storage allows more data, logs, configurations, etc. to be saved. The Vault supports any industry standard mSATA up to 1 TB. Q: Do we want to get a 2 TB for testing?

Each Vault has either a VGA or HDMI console port.

AES-NI is Intel hardware assist for encryption. It offloads the encryption task from the CPU which is particularly critical for Virtual Private Networks (VPN). AES-NI is built into the CPU on the FW2B, FW4A, FW4B, and FW6. It is not available on the FW1 or FW2.

Coreboot is an open source alternative to traditional BIOS. It is available as an option on FW2B, FW4B,  and FW6. For more information see this link.

The FW6 series has an internal mount for a 2.5″ SSD and it ships with SATA data and power cables.

There are many variables when it comes to network performance. One of the main variables is the Operating System (OS) and application that is installed on the Vault. In this article, we will use pfSense® CE configured as a firewall and router as the baseline configuration. Note right away that performance variables and characteristics would differ significantly from a Vault loaded with VMware ESXi acting as a virtual machine (VM) or a Vault loaded with a Linux distribution such as Ubuntu or CentOS.

The key items that affect performance of a firewall/router are:

These items will be explained below.

The number of devices/users is simply the number of physical devices which are behind the firewall. More devices and users obviously lead to more network traffic.

The number of connections refers to the IP connections between user machines or devices that traverse the WAN. As an example, if a user has a PC and browses out to the Internet, there will typically be multiple “connections” between the browser and the web site. It is not unusual to have 20 or more connections just from a single visit to a web site due to various content, advertisements, etc. On a firewall, each connection has two “states”. One for entering the firewall through the WAN port and one for exiting the WAN port. Per pfSense® CE documentation, 1K of memory is used for each state. Clearly a larger number of states will require more memory.

All of the Vault Ethernet ports can run at 1 Gbps linerate. The WAN port is typically connected to an Internet Service Provider (ISP) with contracted up/down rates. Those rates are typically 10 Mbps to 1 Gbps. Higher throughput rates allow generation of more traffic in the network.

Encryption is a resource intensive operation. It is used by Virtual Private Networks (VPN) to encrypt “tunnels”. The Vaults that have AES-NI have built in hardware support for encryption that allows them to maintain high performance with VPNs.

pfSense® CE allows additional packages to be installed. In pfSense® CE, additional packages can be found in System->Package Manager->Available Packages. Packages range from various monitoring, status, and tool applications to complex packet filtering. Some packages such as Snort, Squid, and Suricata are notable for their use of system CPU and memory resources.

During ordinary operation, packets are processed, filtered, forwarded or discarded. Enabling diagnostics such as packet capture can affect performance because in addition to normal processing, this will capture packets and save them to disk.

Networks continue to evolve and change behavior. Traditionally that has meant growth in traffic and lots of it. This is particularly prevalent in an organization that is adding more users, more applications and transitioning to cloud services. Anticipated future growth, even if difficult to quantify, should be part of the product selection. It is often better to buy more memory and storage than originally thought needed if the price difference is not significant.

The guidelines below are very general, but they are used to highlight the differences among the different Vault platforms. They are not definitive for any specific situation, but they should help users to make a good selection. 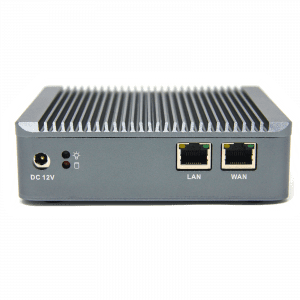 The FW2 is the entry level unit. It is suitable for a very small business or home network with a simple configuration.

The FW2 can be seen at this link.

The FW2B has better performance than the FW2 and it has a smaller, compact design. FW2B also has AES-NI, 2 HDMI  console ports and more USB ports than the FW2.

The FW2B can be seen at this link. 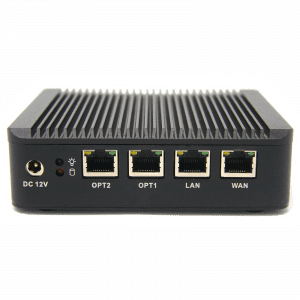 The FW1 is the entry level unit. It is suitable for a small business or home network with a relatively simple configuration. It has 4 Ethernet ports for additional physical network segments.

The FW1 can be seen at this link.

The FW4A can be seen at this link. 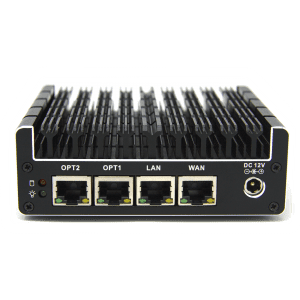 The FW4B has similar performance to FW4A, with a small compact design and HDMI ports. The FW4B with 8G memory and 120G storage is the most popular unit and configuration.

The FW4B can be seen at this link. 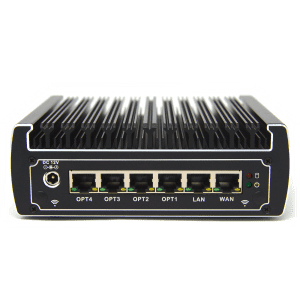 The FW6A is suitable for a medium sized business,  more complex network or more demanding application. It has 6 Ethernet ports for more physical network segments and more AES-NI power for more VPNs.

The FW6A can be seen at this link.

The FW6B is the same as the FW6A with more CPU power for more rules, packages, VPNs, VLANs, etc.

The FW6B can be seen at this link.

The FW6C is the top of the line unit. It is the same physical configuration as the FW6A and FW6B with even more CPU power.

The FW6C can be seen at this link.

The Product Comparison Table comparing all of the models can be found at this link.