tAs with all Protectli Vault hardware, the FW1, FW2 and FW4A series need only RAM (memory) and mSATA (storage) added in order to have a fully functional hardware system. In addition, an optional WiFi module can be installed as well. For more information on HW compatibility, see this link.

The FW1, FW2, and FW4A series hardware are different in a few subtle ways, but the general board layout, supported hardware, and placement of components is largely the same. The FW1 and FW4A vary only in the type of CPU they have, while the FW2 is different from the other in the number of network ports, as well as CPU. For a full comparison between different models, please see this page.

The annotated photo below shows the location of the various sockets.  The FW4A is pictured. 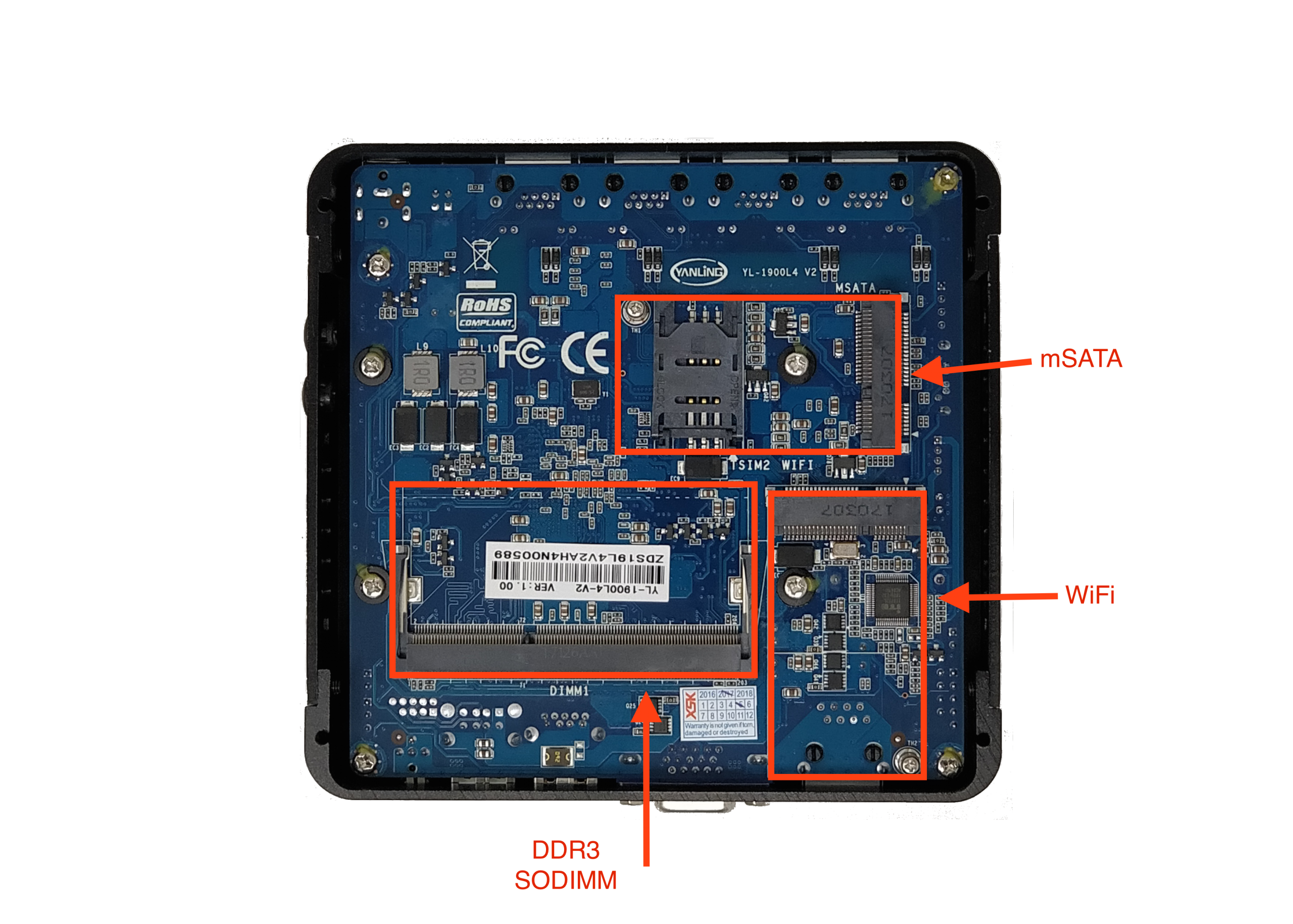 The FW4A Series uses an Intel Atom E3845U processor (located on the underside of the motherboard). This CPU has built in suport for Intel’s AES-NI hardware encryption.

The FW1, FW2, and FW4A series come with a single mSATA socket.  This socket is capable of holding any standard size mSATA.  Protectli offers mSATA drives in capacity ranging from 8GB to 960GB.

The WiFi module socket is a PCIe form factor socket.

Note that the wifi module, while PCIe in form factor, operates over USB channel communication, limiting functionality as compared to pure PCIe modules.  Protectli sells a compatible wifi module that is available here.  Instructions for installation of the wifi module can be found here.

The FW1,FW2,FW4A all utilize VGA output. We have seen mixed results with VGA to HDMI adapters. The cabled in this (link) has shown consistent results. 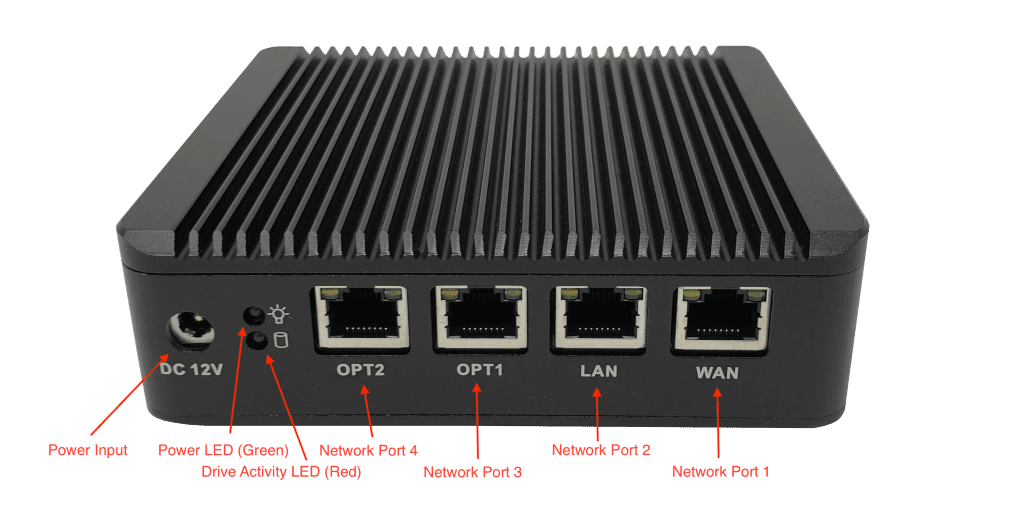 The ‘Front’ of the 4 port Vault is pictured above.  Connectivity and port counts are the same for the FW1 and the FW4A.  The FW2 is different, as it only has 2 ports (WAN and LAN).

Power should be supplied by the included power supply, which is rated for 12V at 3.3A.

The Power LED, which lights up green when power is applied, indicates that the Vault has power applied.  It does not indicate the status for the operating system

The Drive Activity LED will blink, according to mSATA drive activity.  Usually, the user will see the most activity as the unit is booting, or if the unit is under heavy load.  For most operating systems, this indicator will not be on and only blink occasionally under most conditions.

The Network ports are each independently connected to the CPU via a PCIe connection.  A table that shows port numbering can be found below.

If you have any questions, feel free to reach to us at support@protectli.com, or find more information in our Knowledge Base.